Performance dates: 12 and 13 August for members of the Baksche Ven in Heukelom.

On a mirror-like cliff, elevated above the water, on a tower of reflections and reverberations, there is a creature; a female figure, moving in time to howling sounds, sometimes sweet, sometimes demoniacal. In a constant state of transformation, she sometimes has two heads, sometimes four. Her arms double from two to four, growing out of her back or her legs. With her magical appearance, she lures drowning people to the top of her cliff, entices them to come closer. They pull themselves up out of the water, climb the walls, become part of her illusion, doubling over and distorting the surface of the cliff. Blinded by the attraction of the Najade, no one sees that the cliff begins to sink under the weight of the climbers. The rock sinks and throws all the drowning people back into the water, only to rise again to unreachable heights.

On top of the cliff, Anna Zurkirchen and Celine Werkhoven dance, intertwined in a position where it is no longer clear which body part belongs to which person. Working with the doubling of mirrors, they are the embodiment of an alienated being who, dressed in distortions and illusions, performs a dance of seduction for the drowning people and the public on the quay. The choreography stems from Anna and Celine’s ongoing study into the embodiment of mythical figures and the (symbolic) use of mirrors in dance. The enchanting music is by Antonio Alemanno. 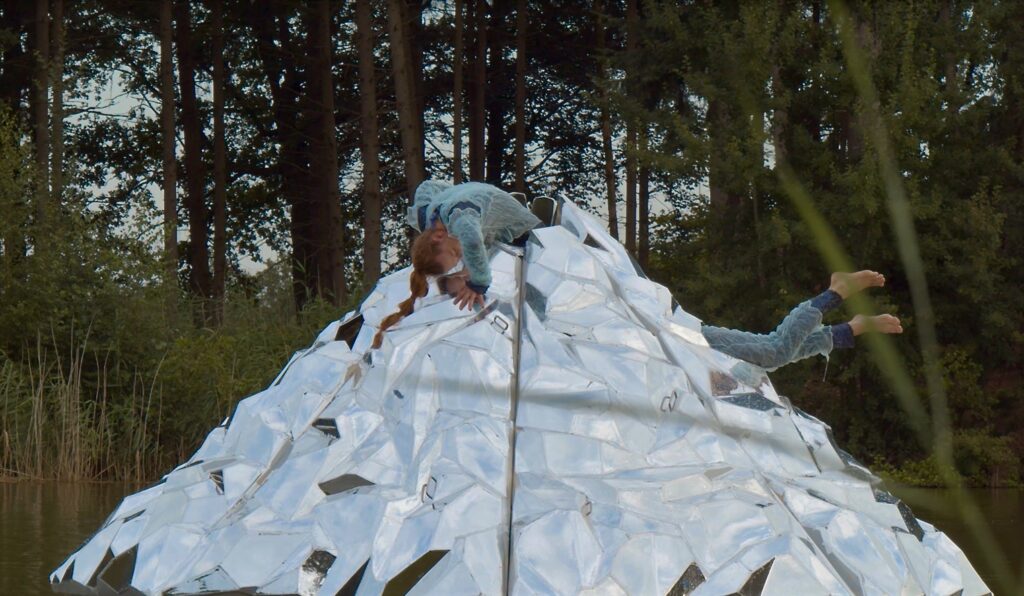 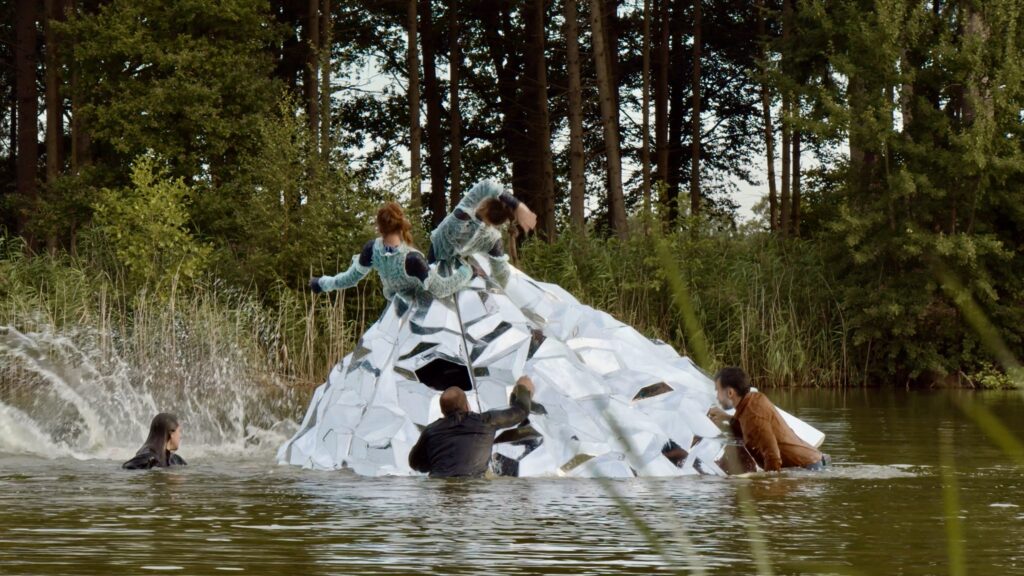 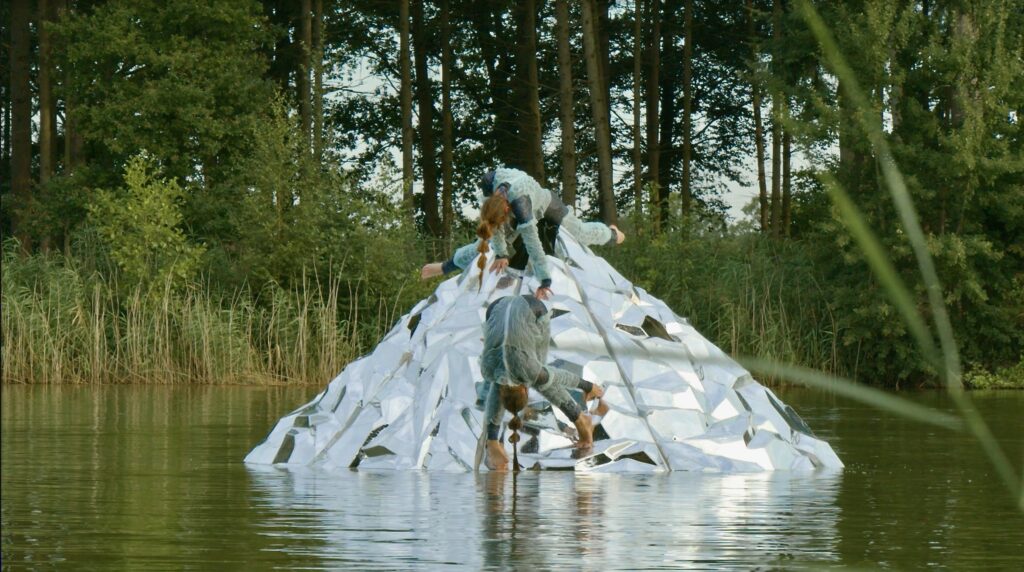