Plenty visions are found in Jheronimus Bosch’s paintings. The medieval master knew how to depict alien delights in such a realistic way that you would not need any pills or LSD.

Antwan’s Hand depicts one of these peculiar hallucinations in a modern day setting. Like in a damp nightclub, an exuberant bunch of party animals pays homage to endless imagination. They ecstatically dance on the water, while above them the tower of pride and lust arises. Like a challenging phallic symbol it grows, reaching Paradise. 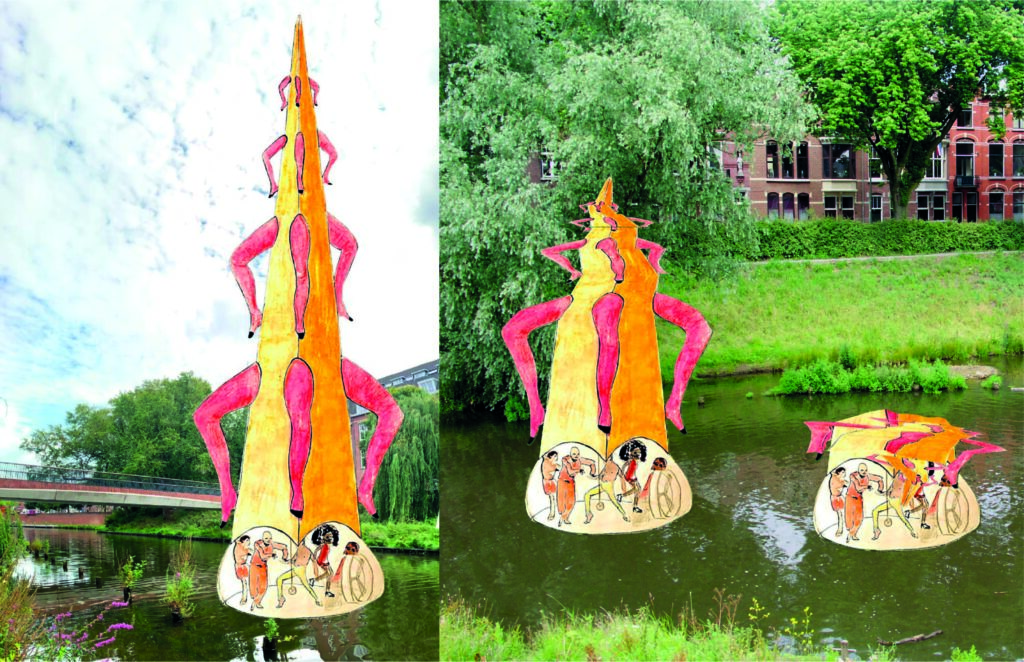